Learn the latest models, advancements, and trends from the top practitioners and researchers behind NLP

Register your interest in attending APAC 2022

NLP has seen rapid advances in recent years. With some of the sharpest minds in data science presenting, get the latest insights, natural language processing training, trends, and discoveries in data science languages, tools, topics – and beyond.

Connect with some of the most innovative people and ideas in the world of data science, while learning first-hand from core practitioners and contributors. Learn about the latest advancements and trends in NLP, including pre-trained models, with use-cases focusing on deep learning, speech-to text, and semantic search. 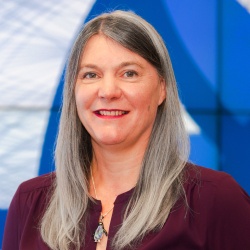 Professor Karin Verspoor is Dean of the School of Computing Technologies at RMIT University in Melbourne, Australia and a Fellow of the Australasian Institute of Digital Health. Karin’s research primarily focuses on the use of artificial intelligence methods to enable biological discovery and clinical decision support, through extraction information from clinical texts and the biomedical literature and machine learning-based modelling. In addition to roles in academia and government research facilities in the US and Australia, Karin spent 5 years in technology start-ups developing AI and NLP systems. 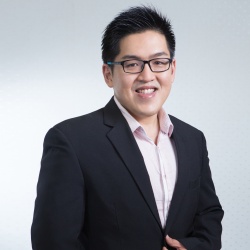 Dr. Lau Cher Han is a chief data scientist and keynote speaker in data science and A.I for major companies, organisations, and government agencies across Australia, Malaysia, Taiwan and other ASEAN countries.

He has trained and advised many of the organisations including Intel, Standard Chartered, and IBM. He is also keynote speaker in data science conferences for Microsoft, Facebook and Google. As the CEO of LEAD, Dr. Lau’s current focus is on helping clients to grow their data science teams and to gain insights by combining structured and unstructured data. He helps the clients on implementing data analytics and big data strategies, and preparing for the future big data economy. 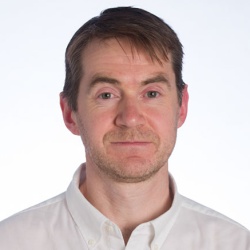 Tim Baldwin is a Melbourne Laureate Professor in the School of Computing and
Information Systems, The University of Melbourne, and also Director of the ARC
Centre for Cognitive Computing in Medical Technologies and Vice President of
the Association for Computational Linguistics. His primary research focus is
on natural language processing (NLP), including social media analytics, deep
learning, and computational social science.

Tim completed a BSc(CS/Maths) and BA(Linguistics/Japanese) at The University
of Melbourne in 1995, and an MEng(CS) and PhD(CS) at the Tokyo Institute of
Technology in 1998 and 2001, respectively. Prior to joining The University of
Melbourne in 2004, he was a Senior Research Engineer at the Center for the
Study of Language and Information, Stanford University (2001-2004). His
research has been funded by organisations including the Australia Research
Council, Google, Microsoft, Xerox, ByteDance, SEEK, NTT, and Fujitsu, and has
been featured in MIT Tech Review, IEEE Spectrum, The Times, ABC News, The
Age/SMH, Australian Financial Review, and The Australian. He is the author of
well over 400 peer-reviewed publications across diverse topics in natural
language processing and AI, with over 16,000 citations and an h-index of 60
(Google Scholar), in addition to being an IBM Fellow, ARC Future Fellow, and
the recipient of a number of best paper awards at top conferences. 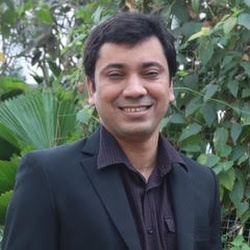 Shafiq Joty is an Asst. Prof. in the School of Computer Science and Engineering (SCSE) at NTU, where he leads the NTU-NLP group. He is also a senior manager of NLP research and a founding member at Salesforce AI Research Asia. His work has primarily focused on developing language analysis tools (e.g., syntactic parsers, NER, discourse parser, coherence models) and downstream NLP applications including machine translation, question answering, text summarization, image/video captioning and visual question answering. A significant part of his current research focuses on multilingual processing and robustness of NLP models. His work has mostly relied on deep learning for better representation of the input text and on probabilistic graphical models and reinforcement learning for capturing dependencies in the output. He served (or will serve) as a (senior) area chair for ACL’19-21, EMNLP’19,21 and NAACL’21, EACL’21, and a senior program committee member for AAAI’21 and IJCAI’19. He gave tutorials at ACL-2019 and ICDM-2018. He was an associate editor for ACM Transactions on Asian and Low Resource Language Processing. He has published more than 95 papers in top-tier NLP/AI conferences and journals including ACL, EMNLP, NAACL, NeurIPS, ICML, ICLR, CVPR, ECCV, ICCV, CL and JAIR. 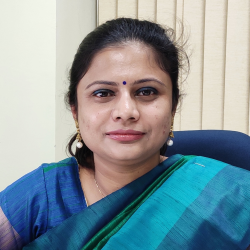 Dr. Sriparna Saha is currently an Associate Professor in the Department of Computer Science and Engineering, Indian Institute of Technology Patna, India. She is the author of a book published by Springer-Verlag. She has authored or coauthored more than 290 papers. Her current research interests include deep learning, natural language processing, machine learning, information extraction, text mining, bioinformatics, and multiobjective optimization. Her h-index is 28 and the total citation count of her papers is 4938 (according to Google scholar). She is also a senior member of IEEE. Her name is included in the list of eight leading women scientists in the area of AI in India published by INDIAai which is the National AI Portal of India – a central hub for everything AI in India and beyond, a joint initiative of MeitY, NeGD, and NASSCOM, the website aims to be the trusted content powerhouse in the backdrop of India’s journey to global prominence in Artificial Intelligence. Her name is also included in the list of the top 2% of scientists of their main subfield discipline (Artificial Intelligence and Image Processing), across those that have published at least five papers ( a survey conducted by Stanford University). She is the Associate Editors of IEEE/ACM Transactions on Computational Biology and Bioinformatics, Expert Systems with Applications, PLOS ONE, and IEEE Internet Computing journal. She is the recipient of the Lt Rashi Roy Memorial Gold Medal from the Indian Statistical Institute for outstanding performance in MTech (computer science). She is the recipient of the Google India Women in Engineering Award, 2008, NASI YOUNG SCIENTIST PLATINUM JUBILEE AWARD 2016, BIRD Award 2016, IEI Young Engineers’ Award 2016, SERB WOMEN IN EXCELLENCE AWARD 2018, and SERB Early Career Research Award 2018. She is the recipient of DUO-India fellowship 2020, Humboldt Research Fellowship, Indo-U.S. Fellowship for Women in STEMM (WISTEMM) Women Overseas Fellowship program 2018 and CNRS fellowship. 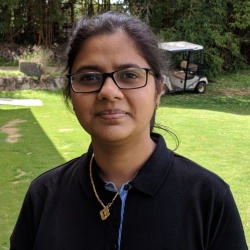 Mathangi is a renowned data science leader in India. She has 11 Patent grants and 20+ patents published in the area of intuitive customer experience, indoor positioning and user profiles. She has recently published a book – “Practical Natural Language Processing with Python” She has 17+ years of proven track record in building world-class data sciences solutions and products. She is adept in machine learning, text mining, NLP technologies & tools. She is currently heading the data organization of GoFood, Gojek. In the past, she has built data sciences teams across large organizations like Citibank, HSBC, GE, and tech startups like 247.ai, PhonePe. She advises start-ups, enterprises, and venture capitalists on Data Science strategy and roadmap. She is an active contributor on machine learning to many premier institutes in India. She is recognized as one of “The Phenomenal SHE” by Indian National Bar Association in 2019. 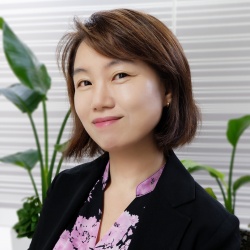 Sunny is a seasoned professional data scientist, with over 15 years of relevant experience, and successful completion of significant company-onsite projects for many respected companies in South Korea and the US. Significant experience and dynamic practitioner in various domains, including NLP project lead, credit risk modeling, financial distress modeling, customer marketing prediction, and ML service provider consultation. She is passionate about creating and building AI solutions applying a variety of NLP technologies including sentiment analysis, conversational computing, topic modeling, etc. to support AI real-world usages for SME businesses. She is currently putting her efforts into her own AI start-up company – ReviewMind Inc. In 2020, her company was identified as an excellent start-up case by Korea Women in Science and Technology Support Center. Sunny and her team also won the best award in the 2021 Start-up Demo Day from the Korea Institute of Startup & Entrepreneurship Development. Sunny holds both a Masters in Data Science (Information Systems) and an MBA from the US and South Korea respectively.

Introduction to NLP and Topic Modeling(Talk) 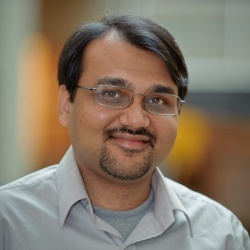 Mausam is the founding head of School of Artificial Intelligence, along with being a Professor of Computer Science at IIT Delhi. He is also an affiliate professor at University of Washington, Seattle. With a twenty year research experience in artificial intelligence, he has, over time, contributed to many research areas such as large scale information extraction over the Web, AI approaches for optimizing crowdsourced workflows, and probabilistic planning algorithms. More recently, his research is exploring neuro-symbolic machine learning, computer vision for radiology, NLP for robotics, multilingual NLP, and several threads in intelligent information systems that include information extraction, knowledge base completion, question answering, summarization and dialogue systems. He has over 100 archival papers to his credit, along with a book, and two best paper awards. Mausam was awarded the AAAI Senior Member status in 2015 for his long-term participation in AAAI and distinction in the field of artificial intelligence. He has had the privilege of being a program chair for two top conferences, AAAI 2021, and ICAPS 2017. He was ranked the 65th most influential AI scholar and 71st most influential NLP scholar for the last decade by ArnetMiner. He received his PhD from University of Washington in 2007 and a B.Tech. from IIT Delhi in 2001. 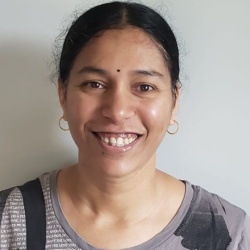 Sowmya Vajjala currently works as a researcher in Digital Technologies at National Research Council, Canada’s largest federal research and development organization. She has worked in the area of Natural Language Processing (NLP) over the past decade in various roles – as a software developer, researcher, educator, and a senior data scientist. She recently co-authored a book: “Practical Natural Language Processing: A Comprehensive Guide to Building Real World NLP Systems”, published by O’Reilly Media (June, 2020), which was also translated into Chinese. Her research interests lie in multilingual computing and the relevance of NLP beyond research both in industry practice as well as in other disciplines, through inter-disciplinary research. 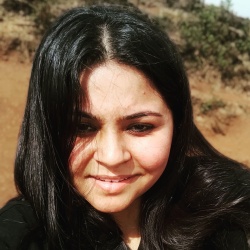 Debanjana is a Senior Data Scientist at Walmart Labs with 4+ years of experience in tech. At Walmart, she has been instrumental in developing ML-driven solutions in the compliance space dealing heavily in Natural Language Processing, Mixture Models and Rare Time Series. Currently, her focus is on building an AI to enable automated shelf curation for creative content on Walmart.com. She has filed 5 US patents in the field of Clustering & Anomaly Detection, Imbalance Text Classification and Stochastic Processes. In addition, she has three published papers to her credit. Debanjana has a master’s degree in Statistics from Indian Institute of Technology (Kanpur). 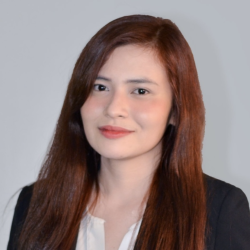 Chaine San Buenaventura is a Lead Machine Learning Engineer at WizyVision. Her team, awarded as 2021 Startup of the Year in France by EUROCLOUD France, focuses on the adoption of computer vision models across Google Cloud Platform products and services for use cases relating to frontline workers. She received her master’s degree from the University of the Philippines Diliman in June 2018. Her graduate research was on Smartphone-Based Human Activity Recognition (HAR) for Ambient Assisted Living (AAL). Charlene is currently specializing in Deep Learning applied to Computer Vision and Natural Language Processing. She has numerous publications and has many years of experience in deep learning research, development and engineering.

BERT and Beyond — Language Modeling with Pytorch(Workshop)