What does it take, on the technical side, to get a project started? After you have an idea and find something you want to study or look into, you need to get some data. Where do you get data? Primary sources? Web sites? Database? There are many different sources and possibilities. Which ones should you choose? How can you trust that the data remains and allows for reproducibility? Will it be easy to update once new data becomes available? These are all just the beginnings of the issues involved in acquiring data for your project, but you can use Python for data acquisition to make it easier.

There are so many sources of freely available public data. The US Federal Government runs Data.gov for its public data. The topics covered on this site include everything the government runs such as agriculture, climate, education, transportation, and energy. Individual divisions of the federal government, like NASA, may also have their own open data. Most states and cities also run web sites with a lot of data. ODSC West 2019 is in San Francisco and they have their own web site of local government data, Data SF.

Other governments and NGO’s have the same features

Google has Public Data Directory, Amazon AWS Open Data, Microsoft, and IBM Cloud Data Services all have open data sets for public use. Github keeps track of so many more sites, like Awesome Public Datasets. With a little looking around, there is a set for almost anything you want to study!

Even with this almost infinite supply of options, doesn’t mean that the data is ready to go for your application or model. You still need to actually download this data and parse it into a usable format. The data on these sites are stored in a variety of different formats. They range from GIS, CSV, XML, JSON, text, HTML and various binary types. It is quite possible for your project to need data from multiple sources and in multiple formats. This can create a variety of issues for any project getting started or continuing on.

Once we have this data, how do we hang on to it? For each application or model that is built on this, do we want to download it again? What happens if the website goes away or changes its policies or changes its format? Storing all of this data in your own database can ease this issue. Once you have downloaded, cleaned up and gotten your data ready, store it in a local database. From there all future applications and models only need to access the database without worrying about all of the other issues of getting the data.

This is where Python comes in! It can handle all of these tasks with the right libraries and some coding. Python has libraries to cover all of these topics and then some. Using the Requests Library, downloading web pages and other files is very simple. With the correct information, it can also log into a server for non-public or restricted data. If the files are compressed, Python has archiving libraries for this. For the various formats, there are Python libraries such as CSV, JSON, and regular expressions. From here storing data in a database can be done by wrapping SQL in python via psycopg2 or creating ORMs in SQL Alchemy.

This Course on Python for Data Acquisition

The goal of this course, which I’ll be presenting at ODSC West 2019, is to expose all of the students to this process and give them a few labs where they will get to do this. The students will learn to parse various data file formats, download data and interact with a database for storing and retrieving data.

Note: Please go here to see a high-resolution version of the title image)

Preferred Networks has released a beta version of an open-source, automatic hyperparameter optimization framework called Optuna. In this blog, we will introduce the motivation behind the development of Optuna as well as its features.

What is a hyperparameter?

A hyperparameter is a parameter to control how a machine learning algorithm behaves. In deep learning, the learning rate, batch size, and number of training iterations are hyperparameters. Hyperparameters also include the numbers of neural network layers and channels. They are not, however, just numerical values. Things like whether to use Momentum SGD or Adam in training are also regarded as hyperparameters.

It is almost impossible to make a machine learning algorithm do the job without tuning hyperparameters. The number of hyperparameters tends to be high, especially in deep learning, and it is believed that performance largely depends on how we tune them. Most researchers and engineers that use deep learning technology manually tune these hyperparameters and spend a significant amount of their time doing so.

Optuna is a software framework for automating the optimization process of these hyperparameters. It automatically searches for and finds optimal hyperparameter values by trial and error for excellent performance. Currently, the software can be used in Python.

Optuna uses a history record of trials to determine which hyperparameter values to try next. Using this data, it estimates a promising area and tries values in that area. Optuna then estimates an even more promising region based on the new result. It repeats this process using the history data of trials completed thus far. Specifically, it employs a Bayesian optimization algorithm called Tree-structured Parzen Estimator.

What is its relationship with Machine Learning frameworks?

Optuna is framework agnostic and can work with most Python-based frameworks, including Chainer, PyTorch, Tensorflow, scikit-learn, XGBoost, and LightGBM. In fact, Optuna can cover a broad range of use cases beyond machine learning, such as acceleration or database tuning.

Why did PFN develop Optuna?

Why did we develop Optuna even though there were already established automatic hyperparameter optimization frameworks like Hyperopt, Spearmint, and SMAC?

When we tried the existing alternatives, we found that they did not work or were unstable in some of our environments, and that the algorithms had lagged behind recent advances in hyperparameter optimization. We wanted a way to specify which hyperparameters should be tuned within the python code, instead of having to write separate code for the optimizer.

There are two paradigms in deep learning frameworks: Define-and-Run and Define-by-Run. In the early days, Caffe and other Define-and-Run frameworks were dominant players. Then, PFN-developed Chainer appeared as the first advocate of the Define-by-Run paradigm, followed by the release of PyTorch, and later, eager mode becoming the default in TensorFlow 2.0. Now the Define-by-Run paradigm is well recognized and appears to be gaining momentum to become the standard.

Is the Define-by-Run paradigm useful only in the domain of deep learning frameworks? We came to understand that we could apply a similar approach to automatic hyperparameter optimization frameworks as well. Under this approach, all existing automatic hyperparameter optimization frameworks are classified as Define-and-Run. Optuna, on the other hand, is based on the Define-by-Run concept and provides users with a new style of API that is very different from other frameworks. This has made it possible to give high modularity to a user program and access to complex hyperparameter spaces, among other things.

When iterative algorithms like deep learning and gradient boosting are used, rough prediction on end results of training can be made from the learning curve. Using these predictions, Optuna can halt unpromising trials before the training is over. This is the pruning feature of Optuna.

Existing frameworks such as Hyperopt, Spearmint, and SMAC do not have this functionality. Recent studies show that the pruning technique using learning curves is highly effective.  The following graph indicates its effectiveness in performing a sample deep learning task. While the optimization engines of both Optuna and Hyperopt utilize the same TPE, thanks to pruning, the optimization performed by Optuna is more efficient.

Deep learning is computationally intensive, and each training process is very time-consuming. Therefore, for automatic hyperparameter optimization in practical use cases, it is essential that the user can easily use parallel distributed optimization that is efficient and stable. Optuna supports asynchronous distributed optimization which simultaneously performs multiple trials using multiple nodes. Parallelization can make the optimization process even faster as shown in the following figure. In the below example, we changed the number of workers from 1, 2, 4, to 8, confirming that the parallelization has accelerated the optimization.

Visualized optimization on dashboard (under development)

Optuna has a dashboard that provides a visualized display of the optimization process. With this, the user can obtain useful information from experimental results. The dashboard can be accessed by connecting via a Web browser to an HTTP server which can be started by one command. Optuna also has a functionality to export optimization processes in a pandas dataframe, for systematic analysis.

Optuna is already in use by several projects at PFN. Among them is the project to compete in the Open Images Challenge 2018, in which we finished in second place. We will continue to aggressively develop Optuna to improve its integrity as well as prototyping and implementing advanced functionalities. We believe Optuna is ready for use, so we would love to receive your candid feedback.

Our objective is to speed up deep learning related R&D activities as much as possible. Our effort into automatic hyperparameter optimization is an important step toward this end. Additionally, we have begun working on other important technologies such as neural architecture search and automatic feature extraction. PFN is looking for potential full-time members and interns who are enthusiastic about working with us in these fields and activities.

Be sure to check out an upcoming talk at ODSC West 2019 this October 29 – Nov 1 by Takuya’s colleague, Crissman Loomis, titled “Machine Learning in Chainer Python.” 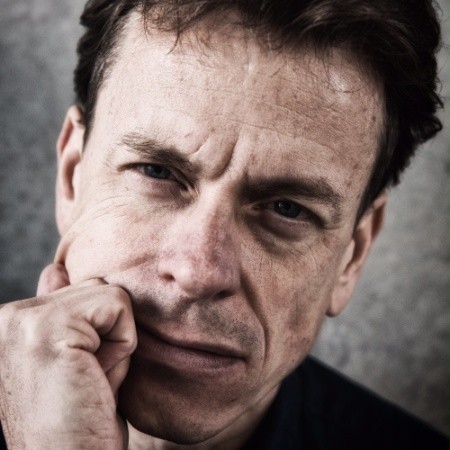 More on Crissman: Since his mathematics degree, Crissman has devoted himself to the study of languages, including Spanish, Javascript, German, Python, and Japanese. Previously, Crissman worked on open source projects for the automation of game playing systems, including MMORPGs, web-based games, and Pokemon. After finding the limits of rule-based systems, he worked on Deep Learning programs at Preferred Networks, the company that created the AI Python framework Chainer.