The National Geospatial-Intelligence Agency delivers world-class geospatial intelligence, or GEOINT, that provides a decisive advantage to warfighters, policymakers, intelligence professionals and first responders. Both an intelligence agency and combat support agency, NGA fulfills the president’s national security priorities in partnership with the intelligence community and the Department of Defense.

As the world’s #1 job site, with over 200 million unique visitors every month from over 60 different countries, Indeed has become the catalyst for putting the world to work. Indeed is intensely passionate about delivering the right fit for every hire. Indeed helps companies of all sizes hire the best talent and offers the best opportunity for job seekers to get hired. This company is the leading pay-for-performance recruitment advertising network. Indeed drives millions of targeted applicants to jobs in every field and is the most cost-effective source of candidates for thousands of companies. 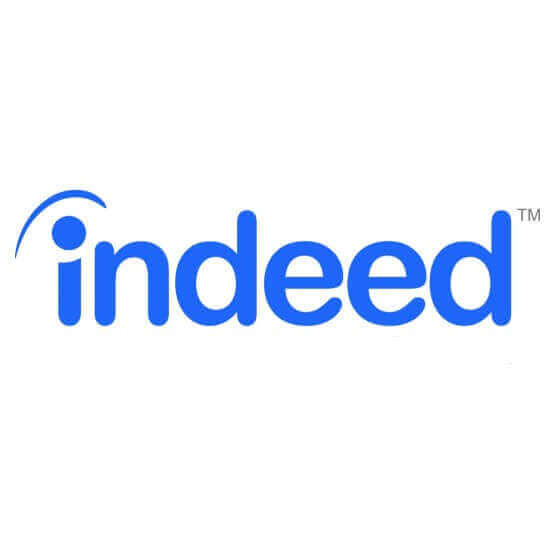 Founded in 1831, NYU is one of the world’s foremost research universities and is a member of the selective Association of American Universities. The first Global Network University, NYU has degree-granting university campuses in New York and Abu Dhabi, and has announced a third in Shanghai; has a dozen other global academic sites, including London, Paris, Florence, Tel Aviv, Buenos Aires, and Accra; and sends more students to study abroad than any other U.S. college or university. Through its numerous schools and colleges, NYU conducts research and provides education in the arts and sciences, law, medicine, business, dentistry, education, nursing, the cinematic and performing arts, music and studio arts, public administration, social work, and continuing and professional studies, among other areas. 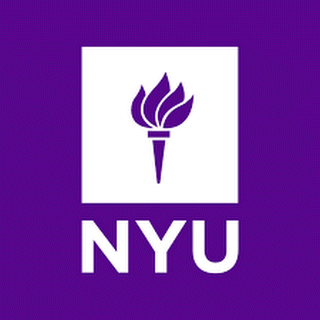 Metis accelerates your career in data science. Our immersive courses, designed by world-class industry practitioners, provide you with intensive, on-site instruction, access to an extensive network of speakers and mentors, and ongoing career coaching and job placement support. Our goal is to prepare you to succeed as a data scientist. Metis data science bootcamps and courses are taught in New York City, San Francisco, Seattle, and Chicago. Our philosophy is: We strive, we sweat, we swear. We go the extra mile. We stage, we fail. We try again. Get it right. We learn. Connect. Come together. Welcome to Metis. We believe that the combination of collaboration and practice leads to better learning. Metis offers comprehensive courses in digital practices, designed to teach the skills needed to succeed in an increasingly digital world. Classes focus on real-world problems; work is hands-on, team-driven, and led by digital experts and industry leaders. Over the course of an intensive Metis class, students gain a fundamental understanding of the digital space that will enable them to begin, change, or improve their careers. 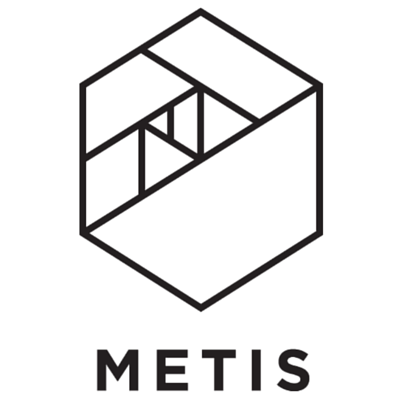 Sandia National Laboratories is the nation’s premier science and engineering lab for national security and technology innovation. Our team of scientists, engineers, researchers, and business specialists apply their knowledge and skill toward delivering cutting-edge technology in an array of areas. Across our main sites in Albuquerque, NM, and Livermore CA, our research ranges from nuclear defense and homeland and global security to innovative work in biotechnology, environmental preservation, energy, and cyber security. Our teams have shared some of the reasons they enjoy working at Sandia: • Challenging work with amazing impact that contributes to security, peace, and freedom worldwide • Extraordinary co-workers • Access to some of the best tools, equipment, and research facilities in the world (tours.sandia.gov) • Career advancement and enrichment opportunities • Work-life balance with flexible work schedules, competitive benefits, and convenient on-site amenities 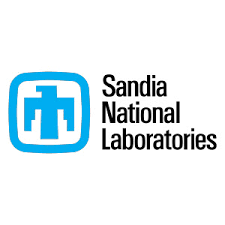 BOLD provides the products, tools, guidance and support that people need to transform their work lives. We’re 100% dedicated to helping jobseekers succeed at every step of their job search journey —from building a successful resume to navigating the interview process to negotiating compensation. We also help recruiters and hiring managers by delivering technology-driven solutions which enable them to find quality candidates faster. We’ve already made a difference in the lives of millions of jobseekers. And we believe the best is yet to come.

The Rady School of Management at the University of California San Diego is a graduate-level business school offering full-time and part-time Master of Business Administration (MBA) programs, a full-time Master of Finance degree and a full-time Master of Science in Business Analytics degree. In addition, the Rady School has a Ph.D. program, offers non-degree executive development programs, and undergraduate courses including minors in business, accounting and entrepreneurship & innovation. The Rady School of Management is the second-youngest professional school at the University of California San Diego, one of the top-ranked institutions in the U.S. for higher education and research. UC San Diego’s lineage includes 16 Nobel laureates (former and current faculty).

The Rady School of Management was created due to a need expressed to the school’s founders by the San Diego business community. Experiential learning is at the core of all programs, providing students the opportunity to graduate with both an education and applied experience.

Located in West SoHo, Galvanize New York takes collaboration to a whole new level, with over 55,000 Sq feet of creators, innovators, and passionate learners. From events to workshops to the thriving startup ecosystem, our West SoHo campus provides the opportunity to learn, connect and build your startup and is proud to be home to entrepreneurs, startups, Fortune 500s, data scientists, developers, and everyone in between. This campus is full of energy, intelligence, and motivation – we welcome you to walk through these doors, join our community and be inspired to level up. 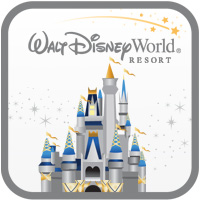 Cisco (NASDAQ: CSCO) enables people to make powerful connections–whether in business, education, philanthropy, or creativity. Cisco hardware, software, and service offerings are used to create the Internet solutions that make networks possible–providing easy access to information anywhere, at any time. Cisco was founded in 1984 by a small group of computer scientists from Stanford University. Since the company’s inception, Cisco engineers have been leaders in the development of Internet Protocol (IP)-based networking technologies. Today, with more than 71,000 employees worldwide, this tradition of innovation continues with industry-leading products and solutions in the company’s core development areas of routing and switching, as well as in advanced technologies such as home networking, IP telephony, optical networking, security, storage area networking, and wireless technology. In addition to its products, Cisco provides a broad range of service offerings, including technical support and advanced services. Cisco sells its products and services, both directly through its own sales force as well as through its channel partners, to large enterprises, commercial businesses, service providers, and consumers. 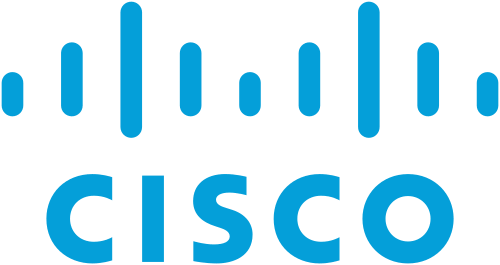 IBM is a global technology and innovation company headquartered in Armonk, NY. It is the largest technology and consulting employer in the world, with more than 375,000 employees serving clients in 170 countries. Just completing its 22nd year of patent leadership, IBM Research has defined the future of information technology with more than 3,000 researchers in 12 labs located across six continents. Scientists from IBM Research have produced six Nobel Laureates, 10 U.S. National Medals of Technology, five U.S. National Medals of Science, six Turing Awards, 19 inductees in the National Academy of Sciences and 20 inductees into the U.S. National Inventors Hall of Fame. Today, IBM is much more than a “hardware, software, services” company. IBM is now emerging as a cognitive solutions and cloud platform company. Our work and our people can be found in all sorts of interesting places. IBMers are helping transform healthcare, improving the retail shopping experience, rerouting traffic jams and even designing the next generation fan experience in sports stadiums around the world. It’s the kind of thing we’ve been doing for more than 100 years.

Veritone has developed a proprietary platform that unlocks the power of AI-based cognitive computing so that unstructured audio and video data can be processed, transformed and analyzed in a seamless, automated manner to generate actionable intelligence. The cloud-based open platform integrates an ecosystem of a variety of best-of-breed cognitive engines, which can be orchestrated together, to reveal valuable multivariate insights from vast amounts of audio and video data. Founded in 2014, Veritone has been recognized by some of the industry’s most prestigious forums, including the Red Herring Top 100 Award, the Edison Awards, and the SIIA Business Technology CODiE Award for Best Native Advertising Platform or Service.

Finding the right job begins with your connections. Get started on LinkedIn. #TheWayIn
Founded in 2003, LinkedIn connects the world’s professionals to make them more productive and successful. With more than 500 million members worldwide, including executives from every Fortune 500 company, LinkedIn is the world’s largest professional network on the Internet. The company has a diversified business model with revenue coming from Talent Solutions, Marketing Solutions, and Premium Subscriptions products. Headquartered in Silicon Valley, LinkedIn has offices across the globe. 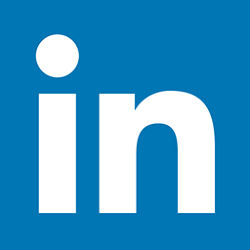