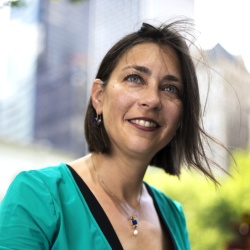 Lora Aroyo is a Research Scientist at Google, NY currently working on human-labeled data quality . She is best known for her work on CrowdTruth crowdsourcing methodology. Throughout her career, Lora was a principal investigator of a large number of research projects bringing together methods and tools from human computation, linked (open) data, data science & human-computer interaction with the goal of building hybrid human-AI systems for understanding text, images, and videos with humans-in-the-loop. Her research projects focussing on personalized access to online multimedia have a major impact and established her as a recognized leader in human computation techniques for digital humanities, cultural heritage, and interactive TV. Prior to joining Google, she worked at the VU University Amsterdam as Full Professor in Computer Science and was Chief Scientist at NY-based startup Tagasauris. She is a four times holder of IBM Faculty Award for her work on CrowdTruth used in adapting the IBM Watson system to the medical domain and in capturing ambiguity in understanding misinformation. She is currently president of the User Modeling Inc, which acts as a steering committee for the UMAP conference series. 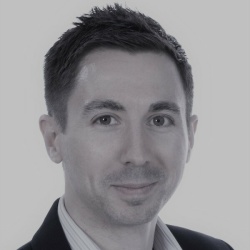 Dr. Iain Brown is the Head of Data Science for SAS UK&I and Adjunct Professor of Marketing Analytics at University of Southampton. Over the past decade he has worked across all sectors, providing thought leadership on the topics of Risk, AI and Machine Learning and their ethical applications.

During his time at SAS he has delivered numerous projects and driven innovation in the fields of AI and the corresponding fields of machine learning, deep learning and natural language understanding.

As an experienced public speaker and published author he has presented at a number of internationally renowned conferences and conventions and has papers published in the European Journal of Operational Research, International Journal of Forecasting and the Journal of Expert Systems with Applications on the aforementioned areas of expertise. As of March 2020 Dr Brown was also recognised as one of the 100 most influential people in Data by dataIQTM. 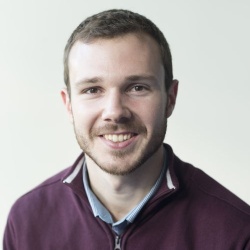 David Armstrong is an STFC Ernest Rutherford Fellow working on exoplanet detection, characterization and populations with the TESS mission data. He develops and use automated methods of planet detection to improve planet population statistics, both in general and with a past focus on circumbinary planets. David’s other interests include studying the habitability of known exoplanets, time-variability in planetary phase curves, and the identification and classification of eclipsing binaries and variable stars in large-scale surveys.

One of his particular interests is in applying machine learning techniques to astrophysical problems. Recently this has included the automatic selection of real candidates in transiting planet surveys, as well as creating fast detection and classification tools for eclipsing binaries and variable stars in the K2 survey. David works with the Computer Science and Statistics departments at Warwick, with the aim of applying the latest machine learning techniques to problems in the exoplanet field.

David Armstrong is currently an academic co-lead of Warwick’s Habitability GRP, a new initiative at Warwick aimed at promoting multi-disciplinary research in habitability, and he is involved with the Centre for Exoplanets and Habitability. Our current projects include analyses of galactic habitability, dynamical and biological constraints on panspermia, and the stability of DNA in non-Earth environments.

I can’t possibly explain how much I enjoyed the ODSC East Virtual conference. Many of the talks and workshops exceeded my expectations. Thank you very much and well done!

ODSC East 2020 is the 3rd ODSC event that I have attended. The staff and speakers did a tremendous job approaching the challenge of moving the conference online. The speakers were engaging, the staff attentive, and my team had a wonderful experience this week. Well done! I look forward to attending my next event.

It’s just wonderful to attend this virtual event with so many people over here. Wonderful Initiative by ODSC. Brilliant Content.

I just want to say a huge thanks to the organizers! I was skeptical about the remote format at first. However, it is an introvert’s dream! It is so much easier to ask questions in chat/slack than it is to raise my hand in a crowded lecture hall

ODSC is the best community data science events on the planet. There are other events that cover special topics, or industries, etc., but ODSC is comprehensive and totally community-focused: it’s the conference to engage, to build, to develop, and to learn from the whole data science community.

Upgrade Your Pass and Upskill Even More

Our instructors are highly regarded in data science, coming from both academia and renowned companies.

Find training sessions offered on a wide variety of data science topics, from machine learning to data visualization to MLOps.

More Reasons To Upgrade Your Pass?

Check our why attend guide