Agile generation – How developers are driving the open source economy

Agile generation – How developers are driving the open source economy

Abstract: Free and Open Source software holds compelling advantages that are shaking up businesses worldwide. Many consider low cost as the only valuable advantage of the Open Source approach. On the contrary, businesses are turning to open source software for far greater reasons, which can be best described in two words: “Freedom” and “agility”.
When businesses use open source software, they free themselves from severe vendor lock-in that afflict users of proprietary package. Recent surveys have shown small and medium enterprises, especially startups run by millennials, are putting their customers first by taking ownership of their experience with their products and solutions. In the conventional model, customers are at the mercy of the vendor's vision, requirements, prices, priorities and timetable, and that limits what they can do with the products they're paying for. With open source approach however, users are in full control to make their own decisions and to do what they want with the software. They also have a worldwide community of developers and users at their disposal for help with that. In this talk, Dr Mo Haghighi will talk about a new paradigm, known as the open source economy, which is driven by developer communities and has shifted the business landscape worldwide.

Bio: Dr Mo Haghighi is the head of Developer Ecosystems Group at IBM, former Research Scientist at Intel and former Java and Open Source developer at Sun Microsystems. Mo's expertise primarily lies in the areas of distributed computing, blockchain, embedded systems and AI, with several publications and patents in those areas. He has also been a regular speaker at various events including JavaOne, TNW, Index and IEEE conferences. Mo obtained his PhD in one of the largest multidisciplinary research projects involving the UK government and major industrial players around complexity science and large scale distributed systems. Mo is very passionate about integrating blockchain and AI into IoT edge processing and he spends his free time developing a new AI platform for intelligent and scalable sensor and actuator networks. 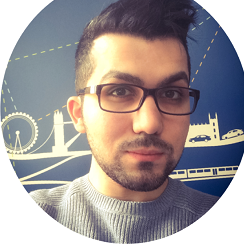