Abstract: Our world faces increasingly complex challenges: we destabilized the climate, haven’t beaten all diseases, and haven’t spread the values of democracy and freedom to large parts of the globe, where violence and riots reign supreme. The world must be fixed in our generation - everyone would agree. But in order to take action, build a plan, we need to see the complete picture, and empower decision makers with tools to make those changes. This decade, we have finally reached a critical amount of data to facilitate the creation of such tools.My work is inspired by Mark Twain’s quote, who once said: “The past does not repeat itself, but it rhymes." Although future events have unique circumstances, they typically follow familiar past patterns. Over the past few years, I devoted my life to development of prediction techniques. My system inferred that Cholera outbreaks in land-locked areas are more likely to occur following storms, especially when preceded by along drought. Another inference is that genocide events tend to occur following events where local opinion makers describe minority groups as pests. These types of patterns are composed of several abstractions, over variable-term temporal extents and selected from a large number of possible causes.  The algorithms I developed deal with the complexity of discovering such patterns.Large-scale digital histories, social and real-time media, and human web behavior are harvested and augmented with human knowledge mined from the web to afford real-time estimations of likelihoods of future events. Most recently, these algorithms have accurately predicted the first Cholera outbreak reported in Cuba in fifty years. These types of actionable predictions, that enable preventative measures, have drawn the attention of a UN genocide-prevention organization and the Gates foundations and illustrate the vast potential for real impact on the state of humanity.In the last few years I have been focusing on applying similar techniques for the healthcare and Pharma, leveraging large amount of data obtained from both medical records, EMR and other medical research results data in a quest to create an AI system for automated medical research and breakthroughs.

Bio: Dr. Kira Radinsky is the CEO and CTO of Diagnostic Robotics, where the most advanced technologies in the field of artificial intelligence are harnessed to make healthcare better, cheaper, and more widely available. In the past, she co-founded SalesPredict, acquired by eBay in 2016, and served as eBay director of data science and IL chief scientist. One of the up-and-coming voices in the data science community, she is pioneering the field of medical data mining. Dr. Radinsky gained international recognition for her work at Microsoft Research, where she developed predictive algorithms that recognized the early warning signs of globally impactful events, including political riots and disease epidemics. In 2013, she was named to the MIT Technology Review’s 35 Young Innovators Under 35, in 2015 as Forbes 30 under 30 rising stars in enterprise technology, and in 2016 selected as "woman of the year" by Globes. She is a frequent presenter at global tech events, including TEDx, Wired, Strata Data Science, Techcrunch and academic conferences, and she publishes in the Harvard Business Review. Radinsky serves as a board member in: Israel Securities Authority, Maccabi Research Institute, and technology board of HSBC bank. Dr. Radinsky also serves as visiting professor at the Technion, Israel’s leading science and technology institute, where she focuses on the application of predictive data mining in medicine. 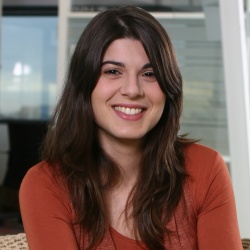