Abstract: Games have been used for decades as an important way to test and evaluate the performance of artificial intelligence systems. As capabilities have increased, the research community has sought games with increasing complexity that capture different elements of intelligence required to solve scientific and real-world problems. In recent years, StarCraft, considered to be one of the most challenging Real-Time Strategy (RTS) games and one of the longest-played esports of all time, has emerged by consensus as a “grand challenge” for AI research.

In this talk, I will introduce our StarCraft II program AlphaStar, the first Artificial Intelligence to reach Grandmaster status without any game restrictions. The focus will be on the technical contributions which made possible this milestone in AI.

Bio: Oriol Vinyals is a Principal Scientist at Google DeepMind, and a team lead of the Deep Learning group. His work focuses on Deep Learning and Artificial Intelligence. Prior to joining DeepMind, Oriol was part of the Google Brain team. He holds a Ph.D. in EECS from the University of California, Berkeley and is a recipient of the 2016 MIT TR35 innovator award. His research has been featured multiple times at the New York Times, Financial Times, WIRED, BBC, etc., and his articles have been cited over 85000 times. Some of his contributions such as seq2seq, knowledge distillation, or TensorFlow are used in Google Translate, Text-To-Speech, and Speech recognition, serving billions of queries every day, and he was the lead researcher of the AlphaStar project, creating an agent that defeated a top professional at the game of StarCraft, achieving Grandmaster level, also featured as the cover of Nature. At DeepMind he continues working on his areas of interest, which include artificial intelligence, with particular emphasis on machine learning, deep learning and reinforcement learning. 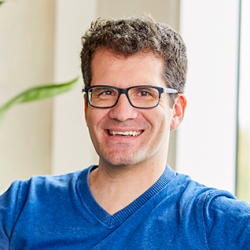