Abstract: Survival models describe how long it will take for some important event to occur. Because they account for censored data and avoid arbitrary binarization thresholds, they are a natural fit for many applications. In churn prediction, for example, it can be more useful to model the time until a subscriber churns, instead of the probability of churn over some arbitrary time window. Similarly, for hardware engineering, it can be more valuable to know the likely time until a piece fails instead of the probability of failure over a fixed time frame.

Despite the name survival, not all applications involve negative outcome events; in some cases, we want to reduce the time-to-event. For example, we can use survival models to decide between competing sales strategies; the better policy is the one with the shortest time-to-conversion.

While conceptually elegant, survival analysis has historically been popular only within a handful of applied domains, especially clinical research. The machine learning community has recently taken notice, however, and survival analysis is gaining traction within research, applications, and software circles.

Our goal in this talk is to help the audience add survival modeling to their working data science tool belt. We’ll first introduce basic concepts of survival analysis like censored data, duration matrices, and survival curves. We’ll then show when to consider using survival models instead of other methods, how to use popular Python survival analysis tools Lifelines, Scikit-survival, and Convoys, and how to interpret model results for either prediction or decision-making. Throughout, we’ll emphasize the machine learning perspectives on the topic.

Prior to The Crosstab Kite, Brian worked in the FinTech space as Director of Data Science & Machine Learning at Credit Sesame. Before that, he was a machine learning engineer at Apple, where he worked on autonomous systems,
personalized health, and silicon engineering. 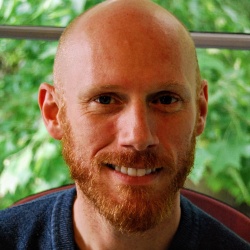