Abstract: Computer vision unlocks powerful use cases: from models that can identify skin cancer more successfully than doctors (https://news.stanford.edu/2017/01/25/artificial-intelligence-used-identify-skin-cancer/) to tools that identify weeds and reduce pesticide use by 90 percent. However, the adoption of computer vision applications has been slow as developers face problems adapting existing state-of-the-art architecture to their own problems. (One repository on Mask_RCNN has 198 open issues mentioning training on one’s “own dataset” alone!)
In this tutorial, we will introduce how to build an object detection model. Specifically, we will build an object detection model that identifies chess pieces (a custom dataset provided by the presenter). In doing so, participants will gain insight into the fundamentals of computer vision: structuring a good problem for object detection, dataset collection and annotation, data preparation through preprocessing, data augmentation to support a well-fit model, training a model, debugging a model’s fit, and using the model for inference.
We will introduce Keras and TensorFlow as our specific libraries for writing computer vision models and train a Yolov3 (You Only Look Once) model for real-time detection. Participants will leverage Colab for GPU compute. 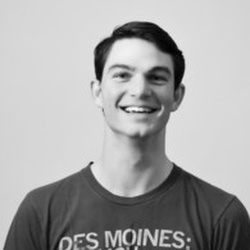