Abstract: The objective of the session is to provide some basic understanding of Python as a language to be used for data processing. Python syntax is very readable and easy to work with, and its rich ecosystem of libraries makes it one of the most popular programming languages in the World.

We will see some common tools and characteristics of Python that are basic to analyze data, like how to import data from files and to generate results in multiple formats. We will also see some ways to speed up the processing of data.

This workshop is aimed at people with little to no knowledge of Python, though some programming knowledge is required, even if it’s in a different language.

Introduction to basic operations with Python that is basic for treating data and creating powerful scripts. Also, we will learn how to create a virtual environment to install third-party libraries and discuss how to search and find powerful libraries. It will also include creating flexible command-line interfaces and basic multiprocess operations.

Read and write multiple files, from reading CSVs to ingest data to writing HTML reports including graphs with Matplotlib. We will also cover how to create Word files and PDFs.

Learn how to deal with data in an efficient manner in Python, from using the right data types, to use specialized libraries like Pandas, and using tools to run Python code faster.

Background Knowledge
Programming knowledge, even if it's intro in Python

Bio: Jaime Buelta has been a professional programmer since 2002 and a full-time Python developer since 2010. He has developed software for a variety of fields, focusing, in the last 10 years, on developing web services in Python in the gaming and finance industries. He is a strong proponent of automating everything to make computers do most of the heavy lifting, so humans can focus on the important stuff. He published his first book, "Python Automation Cookbook", in 2018 (now updated recently with an extended second edition), followed by "Hands-On Docker for Microservices with Python" the following year. He is currently working as Software Architect in Double Yard in Dublin, Ireland, and is a regular speaker at PyCon Ireland. 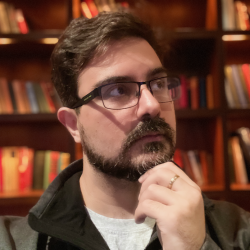