Abstract: This workshop is a hands-on introduction to Bayesian Decision Analysis (BDA), which is a framework for using probability to guide decision-making under uncertainty. I start with Bayes's Theorem, which is the foundation of Bayesian statistics, and work toward the Bayesian bandit strategy, which is used for A/B testing, medical tests, and related applications. For each step, I provide a Jupyter notebook where you can run Python code and work on exercises.

Background Knowledge
I assume that you are familiar with Python at an intermediate level. I use NumPy, SciPy, and Pandas, but I explain what you need to know as we go. You should be familiar with basic probability, but you don't need to know anything about Bayesian statistics.

Bio: Allen Downey is a Professor of Computer Science at Olin College of Engineering in Needham, MA. He is the author of several books related to computer science and data science, including Think Python, Think Stats, Think Bayes, and Think Complexity. Prof Downey has taught at Colby College and Wellesley College, and in 2009 he was a Visiting Scientist at Google. He received his Ph.D. in Computer Science from U.C. Berkeley, and M.S. and B.S. degrees from MIT. 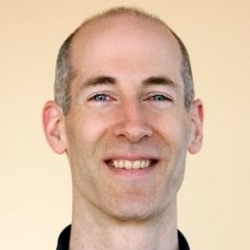