Abstract: Multicloud success is more about what lies between the clouds than the clouds themselves. Those critical layers of software that exist between the heterogeneous mix of clouds your enterprise uses will need your full attention in the coming year.

Bio: David Linthicum was named one of the top 9 Cloud Pioneers in Information Week 7 years ago, but started his cloud journey back in 1999 when he envisioned leveraging IT services over the open internet. Dave was named the #1 cloud influencer via a major report by Apollo Research, and is typically listed as a top 10 cloud influencer, podcaster, and blogger.

David is a cloud computing thought leader, executive, consultant, author, and speaker. David has been a CTO five times for both public and private companies, and a CEO two times in his 35 year career. He is credited with creating 4 billion dollars in shareholder return in those roles. Beyond cloud computing Dave has created, or assisted in creating foundational technical concepts, including Enterprise Application Integration (EAI), Service Oriented Architecture (SOA), and advanced distributed computing architectures. All still in use today. With more than 13 books on computing, more than 7,000 published articles, more than 700 conference presentations, and numerous appearances on radio and TV programs, David has spent the last 30 years leading, showing, and teaching businesses how to use resources more productively and innovate constantly. He has expanded the vision of both startups and established corporations as to what is possible and achievable.

David is a Gigaom research analyst and writes prolifically for InfoWorld as a cloud computing blogger. David also is a contributor to “IEEE Cloud Computing,” Tech Target’s SearchCloud and SearchAWS, as well as is quoted in major business publications including Forbes, Business Week, The Wall Street Journal, and the LA Times. David has appeared on NPR several times as a computing industry commentator, and does a weekly podcast on cloud computing. 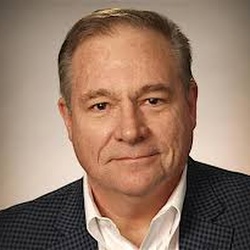