Data Boards: A Collaborative and Interactive Space for Data Science

Abstract: Unleashing the full potential of data and AI requires a paradigm shift in the algorithms and tools used to analyze data and build models towards more interactive systems with highly collaborative and visual interfaces. Ideally, data scientists and domain experts should be able to closely work together and make discoveries together by directly manipulating, analyzing and visualizing data on the spot as a team, instead of having week-long forth-and-back interactions between them. Current visualization and workflow tools are ill-suited for this purpose. They were not designed to be interactive nor to support teams to actually work together rather than just share final results. Similarly, most machine learning algorithms are not able to provide initial answers at "human speed" (i.e., seconds), nor are existing methods sufficient to convey the impact of the various risk factors, such as multi-hypothesis problems. Finally, most visual data exploration tools still fail when used over large datasets or require horrendous loading times before any real-work can begin.

In this talk, I will present Northstar, a novel system we developed for Interactive Data Exploration at MIT and Brown University and which is now commercialized by einblick analytics, inc. I will explain why Northstar required us to completely rethink the entire analytics stack, from the interface to the “guts” and highlight a few selected techniques we developed to provide a truly novel user-interface (see http://www.einblick.ai/ for a video demonstration) and interactive speeds even over the largest datasets and complex ML operations.


Bio: Tim Kraska is an Associate Professor of Electrical Engineering and Computer Science in MIT's Computer Science and Artificial Intelligence Laboratory, co-director of the Data System and AI Lab at MIT (DSAIL@CSAIL), and co-founder of Einblick Analytics. Currently, his research focuses on building systems for machine learning, and using machine learning for systems. Before joining MIT, Tim was an Assistant Professor at Brown, spent time at Google Brain, and was a PostDoc in the AMPLab at UC Berkeley after he got his PhD from ETH Zurich. Tim is a 2017 Alfred P. Sloan Research Fellow in computer science and received several awards including the VLDB Early Career Research Contribution Award, the VMware Systems Research Award, the university-wide Early Career Research Achievement Award at Brown University, an NSF CAREER Award, as well as several best paper and demo awards at VLDB, SIGMOD, and ICDE. 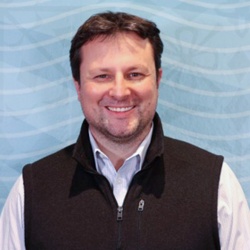