Abstract: Despite a growing demand for data science managers and the unique difficulties of managing data science teams, few resources exist to support aspiring and practicing data science leaders. In this talk, I will present a framework that defines the function of the data science manager and argues that success in this role boils down to three core areas of competence: diplomacy, diagnosis, and development.

Diplomacy consists of the ability to speak the language of cross-functional partners and help connect their objectives with those of the data science team—and vice versa.

Diagnosis requires the skill to understand what the limits of data science are in the organization, the root causes of these limits, and where effort should be spent to push these limits further.

Finally, development involves developing data science in the organization, the data science team as a unit of performance, and finally oneself as an individual contributor and manager.

Bio: Juan Manuel Contreras, Ph.D., leads a data science team at Uber that works with the company’s legal team to develop analyses and arguments based on data science, economics, and the law. Previously, he led data science teams at Even, a fintech startup, and the Democratic National Committee. Juan Manuel was trained as a cognitive neuroscientist at Harvard and Princeton universities. 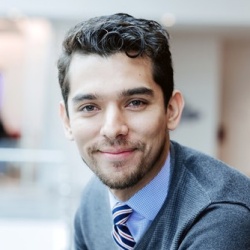