Abstract: E-commerce and logistics operations produce a vast amount of geospatial data while moving and delivering packages. As a logistics company supporting e-commerce operations in multiple Asian countries, Delhivery produces over 50 million geo-coordinates daily. These geo-coordinates represent the movement of trucks and bikes or delivery events to the given postal addresses. The data has great potential to mine geospatial knowledge, and we demonstrate that a mapping service similar to Google Maps and Here Maps can be automatically built using the same. Specifically, we describe the learning of regional maps (localities, cities, etc) from the addresses labeled with geo-coordinates and the learning of roads from the geo-coordinates associated with movement.

We propose an algorithm construct polygons and polylines of the map entities given a set of geo-coordinates. The algorithm involves non-parametric spatial probability modelling of the map entities followed by classification of the cells in a hexagonal grid to the respective map entity. We show that our algorithm is capable of handling noise, which is significantly high in our setting due to various reasons such as scale and device issues. A property about the noise and the correct information is presented such that our algorithm infers a correct map entity. We quantitatively measure the accuracy of our system by comparing its output with the available ground truth. We will showcase some localities that have incorrect polygons in Google Maps whereas we can learn the correct version by our data and algorithm. We also discuss multiple applications of the generated maps in the context of e-commerce and logistics operations.

A part of this work was accepted for publication at ACM/SIGAPP Symposium On Applied Computing 2020: "Learning Locality Maps from Noisy Geospatial Labels. In SAC 2020 at Brno, Czech Republic"

Bio: Manjeet Dahiya is a Principal Data Scientist with Delhivery. He has earlier worked with Agilent Technologies and United Online (Juno Online). Manjeet obtained his PhD in computer science from IIT Delhi, and BTech in electrical engineering from IIT Kanpur. 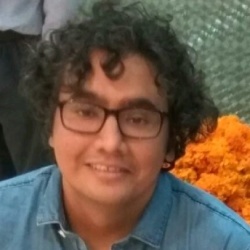