Abstract: As Deep Neural Nets have come forward to provide the best accuracy on an ever-increasing number of tasks in computer vision, audio processing, natural language processing, and recommendation systems, efficient training, and inference of Deep Neural Nets have naturally emerged as critical computing challenges of our time. While these Deep Neural Net computations are hosted on a very diverse range of processors, from hyperscale systems in datacenters to microcontrollers at the edge, there are a common set of underlying principles for making Deep Neural Nets fast and energy-efficient on these hosts. In this talk I’ll systematically review the key elements of accelerating DNN training and making DNN inference fast, compact, and energy-efficient.

Bio: Kurt received his Ph.D. degree in Computer Science from Indiana University in 1984 and then joined the research division of AT&T Bell Laboratories. In 1991 he joined Synopsys, Inc. where he ultimately became Chief Technical Officer and Senior Vice-President of Research. In 1998 Kurt became Professor of Electrical Engineering and Computer Science at the University of California at Berkeley. Kurt’s research now focuses on systems issues associated with the application of Deep Learning to computer vision, speech recognition, natural language processing, and finance.

Kurt has published six books, over 250 refereed articles, and is among the most highly cited authors in Hardware and Design Automation. Kurt was elected a Fellow of the IEEE in 1996. At the 50th Design Automation Conference Kurt received a number of awards reflecting achievements over the 50 year history of the conference. These included “Top Ten Cited Author” and “Top Ten Cited Paper.” He was also recognized as among one of only three people to have received four Best Paper Awards in the history of the conference. Kurt's research on Deep Learning has also received Best Paper Awards at the Embedded Vision Workshop and at the International Conference on Parallel Processing.

As an entrepreneur Kurt has served as an angel investor and advisor to over twenty-five start-up companies including C-Cube Microsystems, Coverity, Simplex, and Tensilica. Kurt co-founded DeepScale with his PhD student Forrest Iandola. DeepScale was acquired by Tesla in 2019. 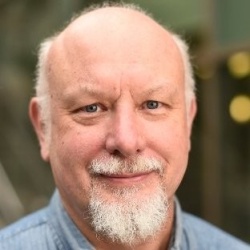