Abstract: Data science pipelines are increasingly used to build new services to the general public. Significant concerns about privacy, fairness, bias and ethics have been raised and are now well documented. Increasingly, service providers and data controllers are under the obligation of providing explanations about the data they process.
Meanwhile, a decade of research on provenance, a standardisation of provenance at the World Wide Web Consortium (PROV), and applications, toolkits and services adopting provenance have led to the recognition that provenance is a critical facet of good data governance for businesses, governments and organisations in general. Provenance, which is defined as a record that describes the people, institutions, entities, and activities involved in producing, influencing, or delivering a piece of data or a thing, turns out to be a solid foundation to construct explanations about data science pipelines.
In this talk, I will show how a provenance record can be constructed to describe a data science pipeline and to provide explanations about its outcomes. The talk will overview the notion of provenance, will outline key steps in constructing explanations, and will report on our experience in the project PLEAD: Provenance-driven and Legally-grounded Explanations for Automated Decisions (https://plead-project.org/). 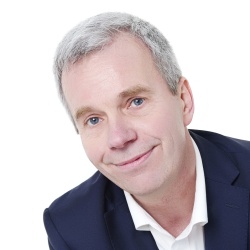