Self-Supervised and Unsupervised Learning for Conversational AI and NLP

Abstract: Self-supervised and Unsupervised learning techniques such as Few-shot and Zero-shot learning are changing the shape of AI research and product community. We have seen these techniques advancing multiple fields in AI such as NLP, Computer Vision, Robotics. In this talk, I will be giving some background in Conversational AI, NLP along with Self-supervised and Unsupervised techniques. Transformers based large language models (LLMs) such as GPT-3, Jurasic, T5 have been foundational to the advances that we see. I will walk the audience through hands-on examples and how they can leverage transformers and large language models for few-shot, zero-shot learning in a variety of NLP applications such as text classification, summarization and question-answering.

Bio: Chandra Khatri is the Chief Scientist and Head of AI at Got It AI, wherein, his team is building the world's first fully autonomous Conversational AI platform. Under his leadership, Got It AI is democratizing Conversational AI and related ecosystems through automation. Prior to Got-It AI, Chandra was leading various applied research efforts at Uber AI such as Conversational AI, Multi-modal AI, and Recommendation Systems.

Prior to Uber AI, he was the founding member of the Alexa Prize Competition at Amazon, wherein he was leading the R&D and got the opportunity to significantly advance the field of Conversational AI, particularly Open-domain Dialog Systems, which is considered as the holy-grail of Conversational AI and is one of the open-ended problems in AI. Prior to Alexa AI, he was driving NLP, Deep Learning, and Recommendation Systems related Applied Research at eBay. He graduated from Georgia Tech with a specialization in Deep Learning in 2015 and holds an undergraduate degree from BITS Pilani, India. 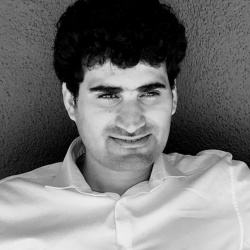 Chief Scientist and Head of AI | Got It AI