Abstract: What if computers can truly converse with us in our native tongue? Computers will transform into effective, personalized assistants for everybody. Commercial chatbots today are notoriously brittle as they are hardcoded to handle a few possible choices of user inputs. Recently introduced large language neural models, such as GPT-3, are remarkably fluent, but they are prone to hallucinations, often producing incorrect statements. This talk describes how we can tame these neural models into robust, trustworthy, and cost-effective conversational agents across all industries and languages.

Bio: Monica Lam is a Professor in the Computer Science Department at Stanford University since 1988. She is the faculty director of the Open Virtual Assistant Lab (OVAL). She received a B.Sc. from University of British Columbia in 1980 and a Ph.D. in Computer Science from Carnegie Mellon University in 1987. Monica is a Member of the National Academy of Engineering and an ACM Fellow. She is a co-author of the popular text Compilers, Principles, Techniques, and Tools (2nd Edition), also known as the Dragon book.

Prof. Lam is also an expert in compilers for high-performance machines. Her pioneering work of affine partitioning provides a unifying theory to the field of loop transformations for parallelism and locality. Her software pipelining algorithm is used in commercial systems for instruction level parallelism. Her research team created the first, widely adopted research compiler, SUIF. Her contributions in computer architecture include the CMU Warp Systolic Array and the Stanford DASH Distributed Memory Multiprocessor. She was on the founding team of Tensilica, now a part of Cadence.

She received an NSF Young Investigator award in 1992, the ACM Most Influential Programming Language Design and Implementation Paper Award in 2001, an ACM SIGSOFT Distinguished Paper Award in 2002, the ACM Programming Language Design and Implementation Best Paper Award in 2004, the ACM SIGARCH/SIGPLAN/SIGOPS ASPLOS Influential Paper Awards in two consecutive years, 2021 and 2022. She was the author of two of the papers in ""20 Years of PLDI--a Selection (1979-1999)"", and one paper in the ""25 Years of the International Symposia on Computer Architecture"". She received the University of British Columbia Computer Science 50th Anniversary Research Award in 2018. 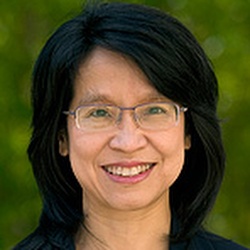