The Future of Computing is Distributed

Abstract: Distributed applications are not new. The first distributed applications were developed over 50 years ago with the arrival of computer networks, such as ARPANET. Since then, developers have leveraged distributed systems to scale out applications and services, including large-scale simulations, web serving, and big data processing. However, until recently, distributed applications have been the exception, rather than the norm. However, this is changing quickly. There are two major trends fueling this transformation: the end of Moore’s Law and the exploding computational demands of new machine learning applications. These trends are leading to a rapidly growing gap between application demands and single-node performance which leaves us with no choice but to distribute these applications.

Bio: Ion Stoica is a Professor in the EECS Department at University of California at Berkeley. HHe does research on cloud computing and networked computer systems. Past work includes Apache Spark, Apache Mesos, Tachyon, Chord DHT, and Dynamic Packet State (DPS). He is an ACM Fellow and has received numerous awards, including the SIGOPS Hall of Fame Award (2015), the SIGCOMM Test of Time Award (2011), and the ACM doctoral dissertation award (2001). In 2013, he co-founded Databricks a startup to commercialize technologies for Big Data processing, and in 2006 he co-founded Conviva, a startup to commercialize technologies for large scale video distribution. 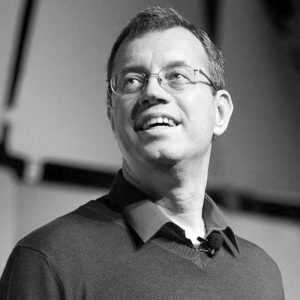