The State of Serverless and Applications to AI

The State of Serverless and Applications to AI

Abstract: The Cloud and practical AI have evolved hand-in-hand over the last decade. Looking forward to the next decade, both of these technologies are moving toward increased democratization, enabling the broad majority of developers to gain access to the technology.

Bio: Joseph M. Hellerstein is the Jim Gray Professor of Computer Science at the University of California, Berkeley, whose work focuses on data-centric systems and the way they drive computing. He is an ACM Fellow, an Alfred P. Sloan Research Fellow and the recipient of three ACM-SIGMOD "Test of Time" awards for his research. Fortune Magazine has included him in their list of 50 smartest people in technology , and MIT's Technology Review magazine included his work on their TR10 list of the 10 technologies "most likely to change our world". Hellerstein is the co-founder and Chief Strategy Officer of Trifacta, a software vendor providing intelligent interactive solutions to the messy problem of wrangling data. He has served on the technical advisory boards of a number of computing and Internet companies including Dell EMC, SurveyMonkey, Captricity, and Datometry, and previously served as the Director of Intel Research, Berkeley. 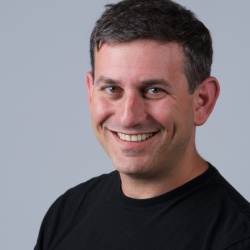