The Tragedy of the (Data) Commons

The Tragedy of the (Data) Commons

Abstract: The tragedy of the commons, first proposed by William Lloyd in 1833, is an economic problem in which every individual has an incentive to consume a resource at the expense of every other individual with no way to exclude anyone from consuming. It results in overconsumption, under investment, and ultimately depletion of the resource. While the direct application of these principles to data seems like a bit of a reach, it becomes clear that data sharing risks much of the same problem - people wishing to protect their own data while having access to other people’s. Motivation for sharing is thus weak, until incentives and policies are in place. However, now that these incentives and policies are coming into practice, the implementation will have high impact on the benefits. Thus, as we work to make the world a FAIRer place, we must consider how the way data, and especially metadata, is represented and shared.

Bio: James Hendler is the Director of the Institute for Data Exploration and Applications and the Tetherless World Professor of Computer, Web and Cognitive Sciences at RPI. He also is acting director of the RPI-IBM Artificial Intelligence Research Collaboration and serves on the Board of the UK’s charitable Web Science Trust. Hendler has authored over 400 books, technical papers and articles in the areas of Semantic Web, artificial intelligence, agent-based computing and high-performance processing. Hendler was the recipient of a 1995 Fulbright Foundation Fellowship, is a former member of the US Air Force Science Advisory Board, and is a Fellow of the AAAI, BCS, the IEEE, the AAAS and the ACM. He is also the former Chief Scientist of the Information Systems Office at the US Defense Advanced Research Projects Agency (DARPA) and was awarded a US Air Force Exceptional Civilian Service Medal in 2002. He is also the first computer scientist to serve on the Board of Reviewing editors for Science. In 2010, Hendler was named one of the 20 most innovative professors in America by Playboy magazine and was selected as an “Internet Web Expert” by the US government. In 2013, he was appointed as the Open Data Advisor to New York State and in 2015 appointed a member of the US Homeland Security Science and Technology Advisory Committee. In 2016, became a member of the National Academies Board on Research Data and Information and in 2018 became chair of the ACM’s US technology policy committee and was elected a Fellow of the National Academy of Public Administration. 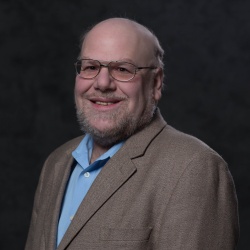