Training Session: The New Science of Big Data Analytics, Based on the Geometry and the Topology of Complex, Hierarchic Systems

Training Session: The New Science of Big Data Analytics, Based on the Geometry and the Topology of Complex, Hierarchic Systems

Abstract: These foundations of Data Science are solidly based on mathematics and computational science. The hierarchical nature of complex reality is part and parcel of this new, mathematically well-founded way of observing and interacting with (physical, social and all) realities.

Various application domains are covered in the case studies. These include in text mining, literary text, and social media – Twitter; and clustering in astronomy, chemistry, psychoanalysis. Final discussion is in regard to the increasingly important domains of smart environments, Internet of Things, health analytics, and further general scope of Big Data.

Bio: Fionn Murtagh is Professor of Data Science and was Professor of Computer Science, including Department Head, in many universities. Following his primary degres in Mathematics and Engineering Science, before his MSc in Computer Science, that was in Information Retrieval, in Trinity College Dublin, his first position as Statistician/Programmer was in national level (first and second level) education research. PhD in Université P&M Curie, Paris 6, with Prof. Jean-Paul Benzécri, was in conjunction with the national geological research centre, BRGM. After an initial 4 years as lecturer in computer science, there was a period in atomic reactor safety in the European Joint Research Centre, in Ispra (VA), Italy. On the Hubble Space Telescope, as a European Space Agency Senior Scientist, Fionn was based at the European Southern Observatory, in Garching, Munich for 12 years. For 5 years, Fionn was a Director in Science Foundation Ireland, managing mathematics and computing, nanotechnology, and introducing and growing all that is related to environmental science and renewable energy.

Fionn was Editor-in-Chief of the Computer Journal (British Computer Society) for more than 10 years, and is an Editorial Board member of many journals. With over 300 refereed articles and 30 books authored or edited, his fellowships and scholarly academies include: Fellow of: British Computer Society (FBCS), Institute of Mathematics and Its Applications (FIMA), International Association for Pattern Recognition (FIAPR), Royal Statistical Society (FRSS), Royal Society of Arts (FRSA). Elected Member: Royal Irish Academy (MRIA), Academia Europaea (MAE). Senior Member IEEE. 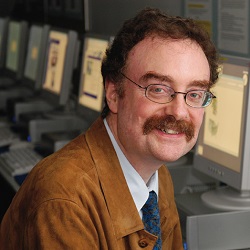 Director, Centre of Mathematics and Data Science at The University of Huddersfield