Abstract: Apache Kafka is the de facto standard for real-time event streaming, but what do you do if you want to perform user-facing, ad-hoc, real-time analytics too? That's where Apache Pinot comes in.

Apache Pinot is a realtime distributed OLAP datastore, which is used to deliver scalable real time analytics with low latency. It can ingest data from batch data sources (S3, HDFS, Azure Data Lake, Google Cloud Storage) as well as streaming sources such as Kafka. Pinot is used extensively at LinkedIn and Uber to power many analytical applications such as Who Viewed My Profile, Ad Analytics, Talent Analytics, Uber Eats and many more serving 100k+ queries per second while ingesting 1Million+ events per second.

Come hear from Neha Pawar, Founding Engineer at a StarTree and PMC and committer of Apache Pinot, and Karin Wolok, Head of Developer Community at StarTree, on an introduction to both systems and a view of how they work together.

Bio: Karin is currently the leading developer community programming in the Developer Relations team at StarTree. Karin initially began her career in entertainment marketing working with the likes of names like Eminem and Live Nation. She also launched a successful professional women's network in two major cities in the U.S., organized events for her local Data Science meetup, and helped lead a on-going hackathon to put machine learning in the hands of cancer biologists. Her journey working in data eventually let her to a position as Program Manager for Community Development for the leading graph database in the world, Neo4j. Most recently, she was brought on to StarTree to improve the adoption and success of the overall developer community. 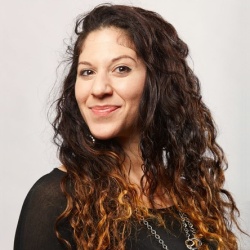